Simon’s love of timber boats began when he was five years old. He was taken out for a day trip on the Lady Hopetoun, an elegant rakish 1902 VIP timber steam launch.   He realised then there was something special about timber boats.

Simon was fortunate enough to grow up working in his father’s furniture making workshop. His love of timber comes from that early beginning. ” I really liked timber, it is magical stuff. When you cut it open you get to see its beautiful grain. Every piece is different and unique. To get the best out of it you have to put a bit of hand work in. Then it really glows”

The boat thing really began in earnest when his parents bought a 14 Red Cedar Clinker dinghy. This introduced him the world of sailing and traditional boats and rig. ” I was hooked. Visiting boatbuilder Nick Masterman’s shed in Balmain in the late 1970’s was a turning point for me. I loved the whole environment. A ricketty old tin shed, filled with lots of tools and timber and boats being built. I think from that moment I wanted to build boats. Timber Boats.”

Simon didn’t get straight into boatbuilding. After he finished school he worked at Garden Island Dockyard as a trainee Naval Architect. However, he soon realised the Naval Architecture course was very much about big ships. “I wanted to be a yacht designer, but I really wanted to design yachts from a century ago. It was never going to get me where I wanted to be” The introduction to Naval Architecture was useful and the drafting was still done by hand He quit after two years to study Industrial Design. This in turn led to work at the Australian National Maritime Museum as an exhibitions designer, which was just about to open in 1991. The maritime theme was constant. Working at the museum introduced Simon to how a Museum approaches research, conservation, and restoration. All useful information for working sympathetically on old timber vessels. After five years as an exhibition design, Simon realised his real love was the workshop and making things in wood.

Timber boat building had almost died out in Sydney, but there was still one yard left in Balmain, once the hub of boatbuilding in Sydney, who specialised in Timber Boat building and repair. Timber Boat Services was run by ex-Cockatoo Island trained shipwrights Rick Wood and Nigel Shannon. They had a good record of restoring beautiful boats, and were both firm believers in the apprenticeship system.

At the age of 25 Simon went full circle and signed up as a mature age apprentice shipwright. “Rick and Nigel taught me how to think about the structure of boats. With a lot of restoration work, it’s a process of working through layers. You have to get to the bottom of working out why something has failed. This way you can repair it properly, and then it won’t happen again. It teaches you how to design and construct something correctly in the first place, and how to not build in structural problems. Simple things like putting in correctly sized limber holes, or making sure the top edges of stringers shed water, so they don’t become rot traps.” It also taught me the value of blending modern timber boatbuilding techniques such as lamination and structural glued scarph joints to retain as much original structure as possible, yet repair it seamlessly.

After his apprenticeship was completed, Simon established his own business Sydney Harbour Wooden Boats in 2000. He was fortunate enough to work in with boatbuilder Ian Smith and rent the historic Chowder Bay Boatshed in Mosman from the Harbour Trust. During the decade at Chowder Bay, Simon and his team of Shipwrights and several apprentices who served their time, extensively restored about 40 vessels. This included building several clinker dinghies.

“Two highlights of decade at Chowder Bay were restoring the !8 foot skiff TAIPAN , designed and built by Ben Lexcen in 1959, and saving and rebuilding HOANA – a 30 foot , 1920’s Sydney gaff rigged centreboarder.

Simon met Tom Coventry in 2009 whilst Tom was doing some carpentry work. They struck up a good friendship and discovered both shared a passion for timber, making things by hand, sailing, timber boats and the amazing environment of Pittwater. Frendly rivalry around the Woody Point course on Pittwater helped things along, and in 2012, they joined forces and moved Sydney Harbour Wooden Boats north to Mona Vale. They became business partners and established Sydney Wooden Boats Pty Ltd in 2012. A new chapter has begun. 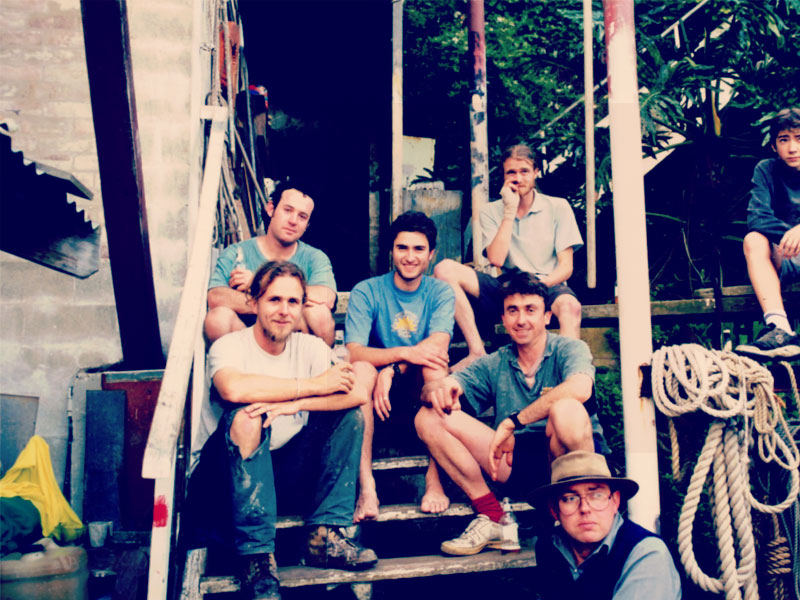 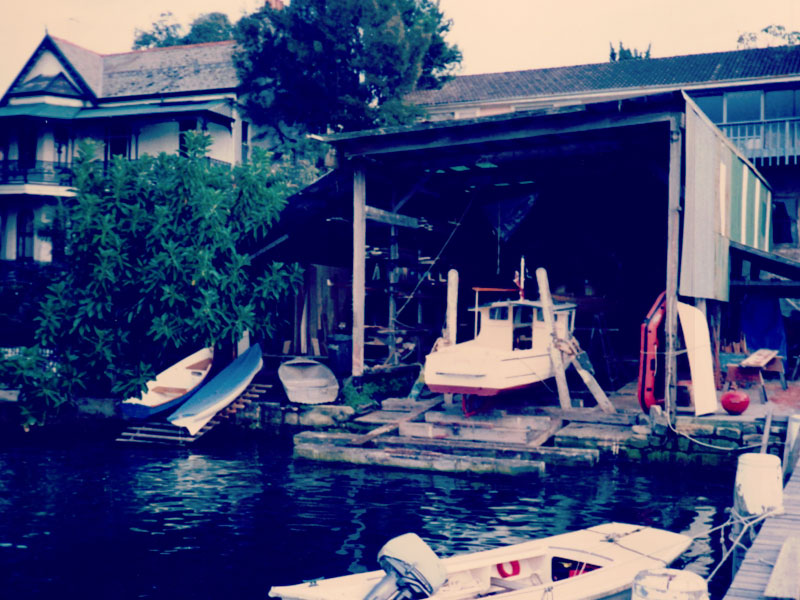 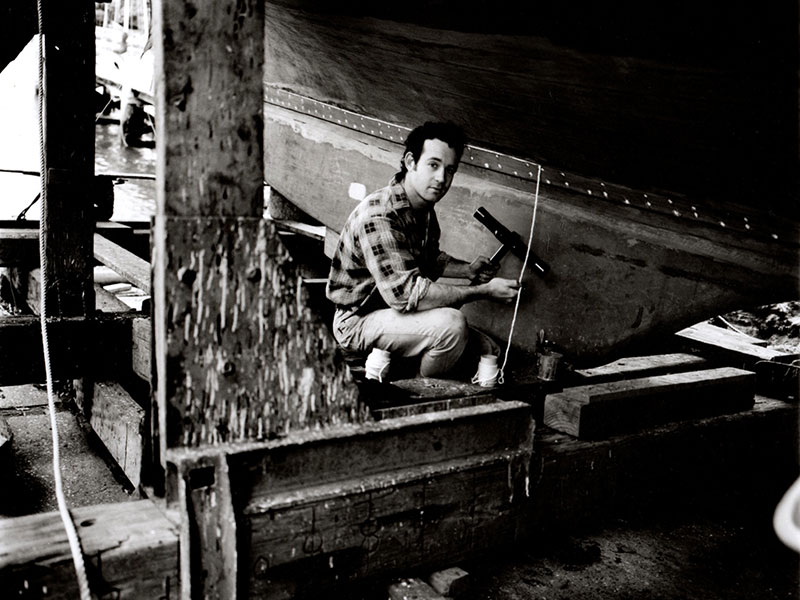 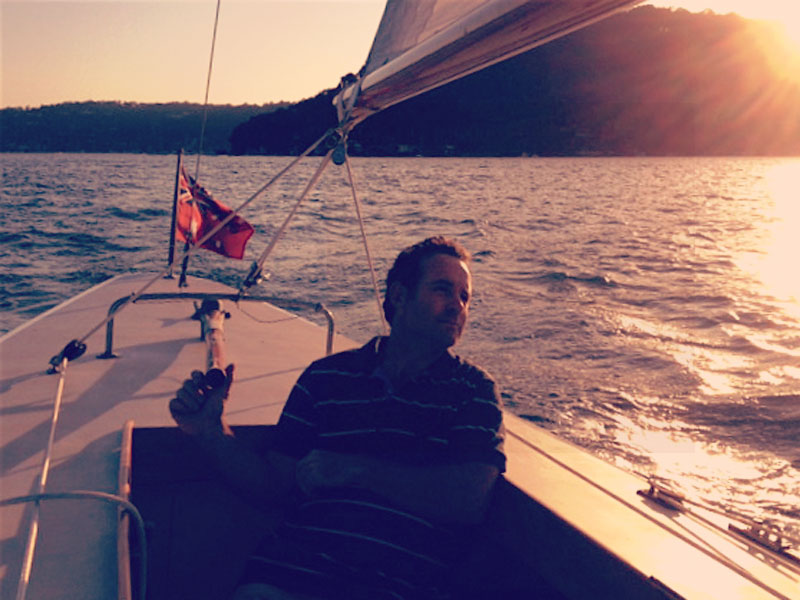